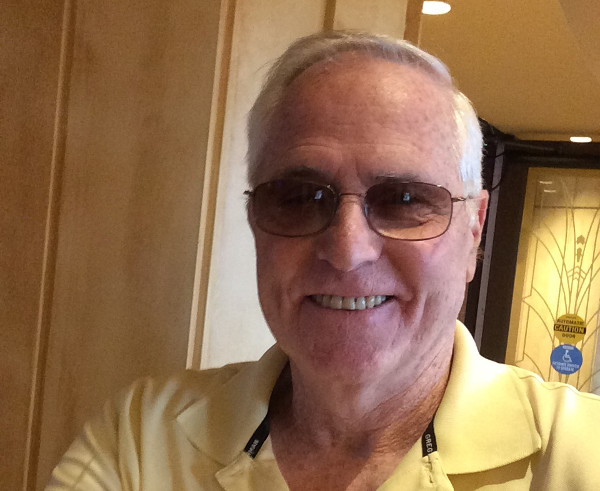 I recently received the most interesting email in my poker lifetime. Christian, an individual in Sweden, contacted me, and asked some relatively easy poker questions: “Could I teach him about position, appropriate bet sizing and pot odds?”

As I was reading the email and the simple questions he posed, I thought “piece of cake, I do that all the time!” I keep reading and he indicated that he reached out and contacted many pro’s and no one had responded to him, and when he posted in poker forums like 2 + 2, people just laughed and made jokes about his basic questions.

It wasn’t until the last paragraph that Christian let me know he was actually “blind.” Yes, I said blind, and his questions took on new meaning. “How the hell could I help him?” Forgetting instantly he was completely visually impaired, I began imagining sharing my screen as I do with clients, but wait, he can’t see anything! In fact, his computer doesn’t even have a camera function (which I found out later), during his free intake interview that I do with all prospective clients. So I asked for a day or two to devise a method to work with him to allow him to pursue playing poker.

Christian did let me know he had software that did allow him to hear some commentary (it was a sort or synthesizer, that spoke in Swedish btw), as the cards were dealt at Poker Stars. Very difficult to follow, not hand specific, and extremely hard to interpret the distorted software voice (a basic tool that couldn’t be of help to us either, we thought).

On Sunday, I decided I would be the eyes and ears of Christian, and do a video broadcast, like a play by play on the radio of a baseball game. I put on my best Vin Scully voice and tried to describe every detail as if he would visualize what I viewed. When I started, I quickly dumped the first two videos, I was forgetting so much to comment about, and this was much harder than I initially thought.

Finally I picked a micro limit cash game and began to describe the action; where the button was exactly in relation to my position; how much money everyone had in their stacks; player stats (poker tracker) indicating loose or tight play; any notes I had on players; how much the blinds were and what each player bet in succession. I still was all over the place and had to refine and define terms and actions quicker and more pointedly.

I then made the next video (the first one I sent to him), with a better understanding of how to proceed and to help this client. He played the video and had several questions, well, a lot more questions, so I listened carefully and then the a-ha moment occurred for me. Why not switch him to becoming a single table tournament (STT) expert, or at least a dominant player? Christian loved this idea, everyone started with the same amount of chips, the blinds were known and the intervals moving up were established, all he needed to know was the bet sizing prior to him and his position. This is where I was aided by the software mentioned earlier, it did tell him amounts bet (although Christian had to figure out the total and calculate what his bet should be if he, for example, reraised).

I produced the STT video (it’s on You Tube), and Christian appreciated the information and set out to play a few tournaments. He finished 3rd in the first STT, and won his next tournament. WTG Christian! Of course, he has been having mixed results since, but he is gaining more “inSight” daily.