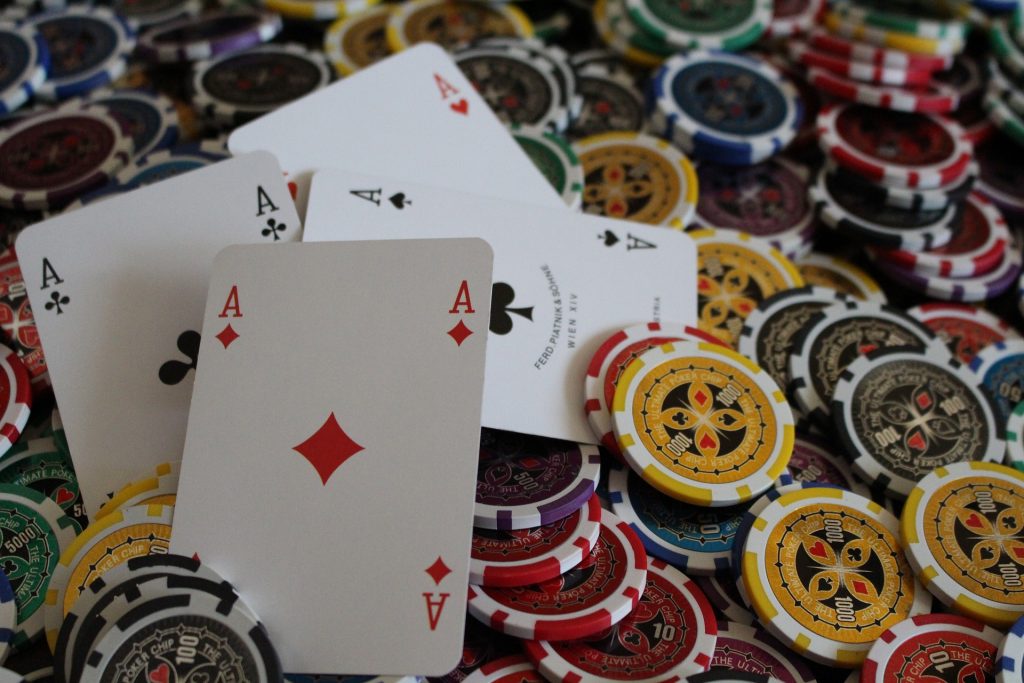 Becoming a successful and winning poker player requires a specific skill set. Anyone who dreams for a career in poker must be disciplined, to have analytical mind, to be patient, to learn from mistakes and many more. However, there is one quality that not many people think about- observation.

Let’s say you go to a new school and you don’t know anybody in the beginning. Then after some time you will start getting to know people. Some will be polite, others will be naughty. Some will be introverts, others will be extroverts. You will meet up shy and some overconfident schoolmates. The list can go on and on.

It’s similar with poker- there are different playing tendencies whether it is an online table or a live poker event. Of course, playing with real people will pump more adrenaline into your blood. It will also give you more clues about the player, if you know what to look for.

On the other hand, playing online poker will limit your choice, but still you can draw crucial conclusions about other players and their habits.

First things first, let me start by introducing the main factors that determine the different types of poker players. There are two main categories to watch for. Players are often described by tight vs. loose and passive vs. aggressive. These can be combined and from there we can sum up four main poker player types:

Before going over these 4 different styles, let’s first dig in in the terms that stay beyond them.

The main difference between these two terms is the starting hand selection. While tight opponents limit the hands they play, loose players are not afraid from seeing flops and will get involved with wide variety of hands. To learn more about the preflop poker range construction you can check out this great resource on building 6 max opening ranges.

Take into account that being tight or loose does not describe how you will play those hands. It just describes the quantity of hands the player likes to commit chips with.
For example, while a tight player will most likely fold a hand like J9s from middle position, a loose opponent will gladly either limp/call or raise with it.

When it comes to how you will play those hands either preflop or postflop then we speak about passive and aggressive players.

When categorizing an opponent as either passive or aggressive we take into consideration their risk tolerance. Passive players from one hand stay away from confrontations and prefer limping than raising. Aggressive players on the other hand, tend to play without being scared of the end result. They prefer raising that just calling and are not afraid from investing chips in the pot.
Now, once you are aware of what the different terms means we may go back to four main poker player types.

The 4 Main Types of Poker Players

Тhe loose-passive players are known for limping a lot. They enjoy seeing flops, but prefer a rather conservative approach. These opponents will just call raises instead of raising themselves. This applies both for pre and postflop play. They will seldom show any aggressive actions and that’s why loose passive players are also known as calling stations. The right approach against them is to play your strong hands and to minimize any bluffing attempts.

This playing style is characterized by a conservative approach to the game. A typical tight-passive player will rarely involve in any hands and when he does, will do it by just calling.
These opponents are often described as “rocks” and “nits”. Good players, who observe what is happening on the table carefully, will know that when facing tight passive players they must have premium holdings. They often play with the fear of losing and will rarely take any risks. When playing in tournaments and SNGs they will often blind out while waiting to be dealt a premium hand. Against such players you can opt for blind stealing with a wider range than against loose players. The “nits” will fold their blinds far too often.

The tight aggressive style or also popular as TAG is considered to be one of the most effective and winning playing styles. It’s a powerful weapon in the arsenal of most professional poker players. TAGs do not involve in many pots preflop, but when they do- they either raise or re-raise. You will seldom witness a tight aggressive player who just calls preflop. It’s similar postflop- they will far more often raise and reraise. These players are patient and will pick up their spots carefully. They are also known as “sharks” as it is difficult to play against them.

However, there are still some strategies to help you play successfully against tight-aggressive opponents.
One of the recommended ways to understand and exploit TAGs is to attack them whenever they show some weaknesses. They will most often play their made hands aggressively, so whenever you notice them check- go for a raise! Of course, every now and then they may set up some traps, but in the long run, this would show profit.

This playing style is known also as LAG. The players who incorporate it in their arsenal like to raise and re-raise a lot of holdings and often bet on the different streets postflop (flop, turn and river).

They play such a wide range of hands that it is tough to guess what they are holding. It may vary from the absolute nutz to a pure bluff.
Along with the TAG style, LAG can be also very profitable, if used correctly. There is a great number of players who use it to perfection nowadays. Opponents that tend to play loose-aggressively will bluff a lot, so you don’t always need a premium hand to stay in the hand. For example, often even a 2nd pair will be good against their range.

Once, we went through the different categories it is crucial to mention that nobody fits on 100% in a specific category. Poker is such a dynamic game, so a TAG player may turn into a LAG, if he becomes bored, or if he decides to try another strategy and so on.

Take football/soccer for example. Depending on the situation one team may play defensively, but they may be great on counter attack as well or switch to an attacking strategy the second half. The same way some players will intentionally try to switch between different playing styles to perplex their opponents.

However, when playing low stakes chances are your opponents will stick to a higher extent to one of the already mentioned categories.

The key is observation– don’t stop paying attention to your opponents. No matter whether you play live or online, take notes of the tendencies of the players around you.

Being aggressive is a key for success in poker, as long as the aggression is selective. It’s hard to tell which style will bring you most chips. It all depends on the limits you play, on your opponents, on your ambitions and so on.

Some professional poker players have huge success sticking only to the TAG style. On the other hand, there are top poker players who benefit from LAG play. Take into account that the best players constantly adjust their style to the players at the table and the specifics of the game.

So, try for yourself the different styles and see which one will suit your personality best and help you build your poker bankroll.