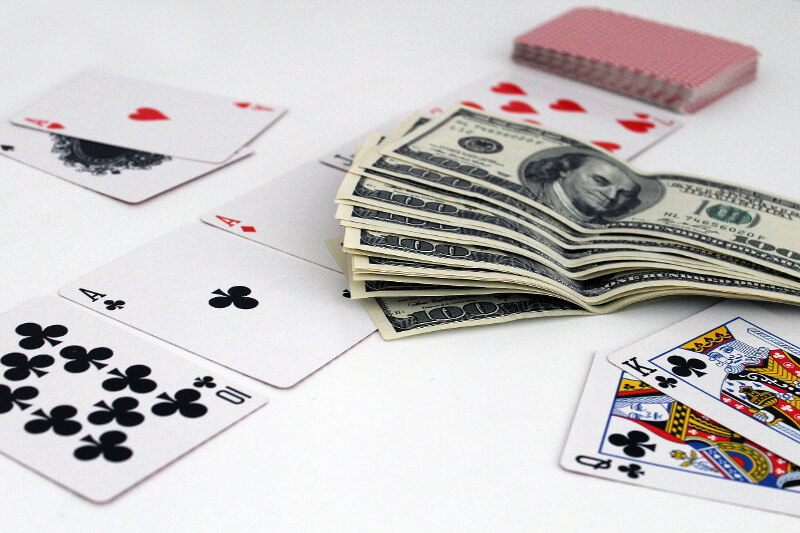 Poker has become the most popular card game globally over the last few decades thanks to the popularisation of online poker sites and big televised tournaments like the World Series of Poker. In the last few years, there has been a growing number of exceptionally talented professional poker players who compete around the world. Some of these players win millions of dollars in prize money and collect sponsorships from major companies.

With poker now more popular than ever, players from all over the US are starting to enjoy the game at online poker websites. States are slowly relaxing their laws against online gambling, and poker sites are becoming more accessible for US players.

The best of all time is a hotly debated topic in any field or sport. While we can’t say for sure who’s the best player, we can judge the best poker players based on their earnings. Here are the five top poker players of all time according to their winnings at the tables:

5. Erik Seidel – The oldest member of the top five, at the age of 58, Seidel has been in the game for some time. Originally from New York City, Seidel played a lot of Backgammon when he was younger. He eventually became a Wall Street stock market trader before making the switch to professional Poker.

In his illustrious career, Erik Seidel has managed to win eight World Series of Poker bracelets along with one World Poker Tour title. In 2010, Seidel was inducted into the Poker hall of fame thanks to a long-lasting and lucrative career poker career.

Seidel’s career winnings to date are over $34,600,000, and he’s one of the few players to have reached over $5 million per year multiple years in a row.

4. Dan Smith – Dan Smith began playing Poker online at the age of 16 and was previously a gifted chess player, even earning a place at a college on a full chess scholarship. However, at the age of 18, Dan left chess behind to pursue Poker full time, a decision that certainly paid off for him.

Smith has accrued career winnings of more than $36 million, and considering he’s still only 31, he has a lot of time left to move higher up the rankings. He’s yet to win a World Series of Poker bracelet, but many feel it’s only a matter of time, and he’s reached the money finishes more than twenty times. On top of that, Smith has also won the World Poker Tour and has several money finishes in the European Poker Tour.

3. Daniel Negreanu – A Canadian player who’s sometimes known as his nickname “Kid Poker,” Negreanu has won six World Series of Poker bracelets plus two World Poker Tour tournaments. He’s well known for his ability to read his opponents and has earned more than $41 million so far.

Aside from all of the cash he’s won playing Poker, Negreanu was recognized as the best Poker player of the decade in 2014. He was also inducted into the Poker hall of fame in the same year and has won two World Series of Poker player of the year awards.

Negreanu is one of the world’s most famous Poker players, thanks to his books, online courses, sponsorships, and work in the media.

2. Justin Bonomo – Interestingly enough, Justin Bonomo got into Poker by way of playing Magic: The Gathering with friends. When he realized that Poker was a skill-based game and that winning big cash prizes was viable, he decided to try it out. Since picking up Poker, Justin has gone on to win three World Series of Poker bracelets along with more than $45 million during his career.

As recently as 2018, Justin Bonomo reached the top of the highest Poker player earnings list, although he’s since slipped back down into second place. With his biggest winnings coming in the last few years, Bonomo looks to be sticking around for a while, and there’s no doubt that he’ll continue to rake in prize money at all of the biggest poker tournaments.

1. Bryan Kenney – Kenney is another former Magic: The Gathering player who switched to Poker and reaped the rewards. He won his first World Series of Poker bracelet in 2014, and while he hasn’t won another since, he has still managed to amass more than $55 million throughout his playing career.

What makes Kenney’s success even more interesting is the fact that he’s still only 35 years old, having been born in 1985. If his Poker continues at the same pace, he can set a career winnings total that will be hard for any player to surpass.

To Sum It Up

Although it’s hard to say with certainty who’s the best poker player in the world, we ranked the top 5 poker players of all time by one simple but undisputed factor– live earnings. So, these guys currently sit at the top of the poker all-time money list.

Now it’s time to ask you– who is your favourite among these masters of the game of poker? And who do you think will join the elite club once live poker tournaments reopen again.

And until then, we can only wish you to stay at home, stay safe and play poker… ONLINE!

Get the latest posts from the blog, promotions & more cool stuff

Don't miss the chance to read the newest articles with free tips & strategies on how to improve your game and crush the competition.

We will not disclose your data with third parties.